A place to chat about all things Xbox and things that aren't as well.

You are not connected. Please login or register

For replay value and longevity, every game is different, has to be
Magic the gathering Arcade title.
Not every ones cup of tea, but with the latest Expansion it certain makes for hours, weeks of a challenge.

Some titles come to mind, but none are truly outstanding.

Black Ops is the best of the cod series with many different game types and things to keep a player coming back, but even that becomes tiresome for some.

Halo Reach also seems to suffer the "replay" value for some.

The same can be said for "racing" games too.

I can not comment on RPG types other than Fable 3 failing to keep players coming back after completion.

I look at my shelf and the full priced games there on, and feel none of them from 2010 have me "hooked" months on from purchase.

So many fail to engross a player after the initial novelty factor has waned.

I hope a fellow member of this forum has a view of a game that surpasses my views and continues to cry out to be played time after time.

Not sure on this enjoyed fable while it lasted but was too short and they didn't really do enough with it when you became king imo, Black ops is good but after playing all the other CODs it's starting to wear thin on me, same happened with Halo.

Still playing Fifa 11 every time I get a chance but I think my fav has to be AC: Brotherhood havn't completed it yet and only had a few games online but loving the singleplayer and Rome is amazing in it. Looking forward to what they do next with the series.
xxW0LFxx TFD

For sheer value for money this year Bad Company 2 would take it with around 90 or so hours put into Multiplayer.

But Brotherhood has sunk a lot of my time as well and I think I'll be playing that for a while. 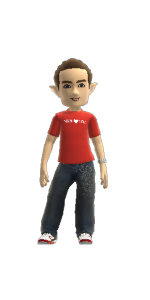 Red Dead was good. But I never actually finished it. I keep saying I will go back to it, but I just don't know I can be bothered to get back into playing it. Black Ops was brilliant, and will keep my playing until the next one is released, easily. Even without the map packs which I will buy regardless of the price, I feel like I am getting my monies worth out of it.

Fable 3 is good. I don't know about replay value, as I don't tend to replay single player games anwyay. My memory is very good, and nothing will ever come as a surprise the second time. And I know you can play it "differently" but I made the choices I wanted to make the first time, so would probably just end up making the same choices the second time around. Saying that, while I have "completed" it, I haven't finished all the side quests and achievements yet, so I am still enjoying playing it despite the fact I am the king and have saved the world and everybody loves me.
Snotty Chunks

Red Dead Redemption kept me hooked for hours and although the MP was OK it wasn't enough to keep me interested.

Bad Company 2 was probably the game that kept me coming back for more and now that Vietnam is out I'll be going back to that I'm sure.

Assassins Creed: Brotherhood took some getting through and was very enjoyable although I preferred the second one. The MP is OK but not addictive.

Tom Clancy's Splinter Cell was one of the best games for me. I loved the Co-op mode.

BUT by far the best game of 2010 for me is Medal of Honor. I've played it on normal, hard and done the Tier 1 challenges. I'm 70pts from getting the whole 1000pts!! I think this is the most under-rated game ever made. Sure it has it's problems with spawn killing and snipers but which FPS hasn't??
Sponsored content